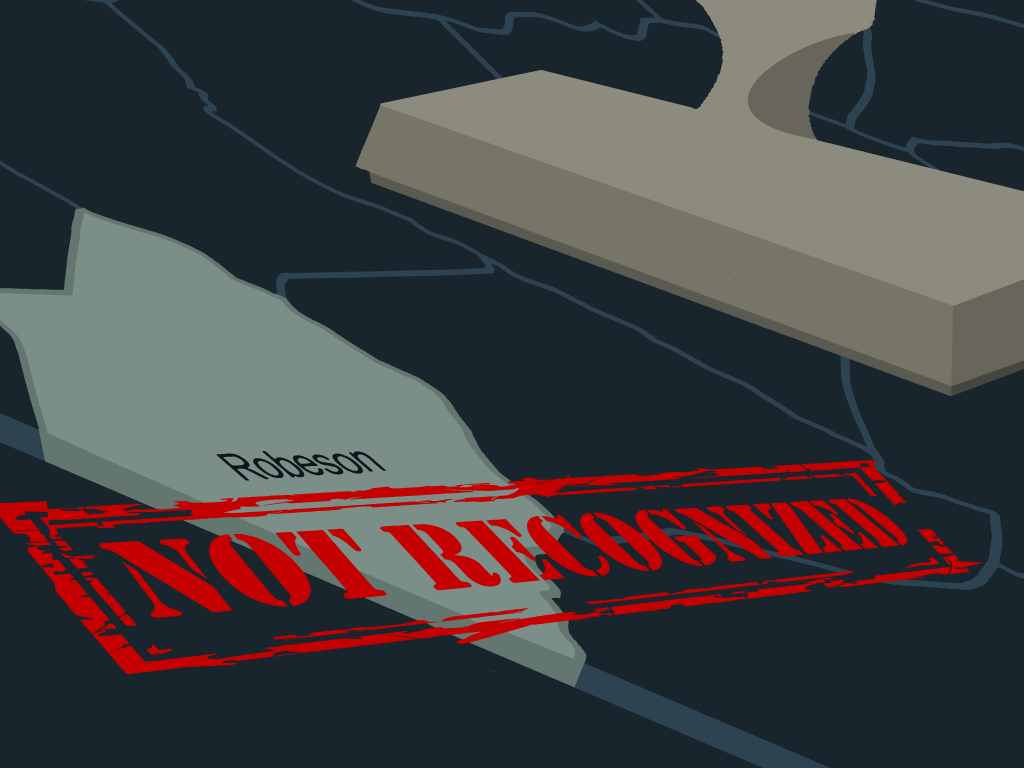 The federal government allocated a historic level of funds to Native American tribes in order to address COVID-19. But the Lumbee Tribe of North Carolina, the largest tribe east of the Mississippi River, has been left out.

The Lumbee Act of 1956 recognizes the Lumbee Tribe of North Carolina, which has 55,000 members, as Native American, but that same law does not give them federal recognition. That  means they don’t have government-to-government interaction with the U.S. and don’t qualify for certain federal services and benefits — like Indian Health Service care and CARES Act funds.

Since the Lumbee Tribe is not federally recognized but has state recognition, funding for the tribe comes from the North Carolina government.  The tribe is also eligible for funds from federal agencies, but not through channels that federally recognized tribes go through, according to David Wilkins, professor of leadership studies at the University of  Richmond, an expert on Indigenous politics.

“They get certain benefits as being a state-recognized tribe and then they get other benefits because they are a group of American citizens who are poor,” Wilkins, who is a Lumbee member, said. “But what’s interesting is that the Housing and Urban Development Department provides at least a million dollars, sometimes more than that, every year to the tribe. It’s designated to the Lumbee Tribe, so that’s defacto recognition right there.”

The tribe applied for and received a $18.96 million rental assistance grant from the U.S. Treasury Department, which is unrelated to COVID-19 relief funds allocated to tribes by the CARES Act and American Rescue Plan Act. This money was used to provide rent relief to tribal members.

Coty Brayboy, a Lumbee nurse and communicable disease consultant with the state health department, has been working on the frontlines of the pandemic. He said lack of federal recognition restricted the public health response.

To combat Indigenous health disparities and better target public health care and outreach in North Carolina, Brayboy said data collection that specifies tribal affiliation would help. He said different tribes would respond to different methods of outreach. As an example, he said partnering with local religious leaders would work for the Lumbee Tribe, where faith is a cornerstone.

Although the tribe is based in North Carolina, it has members throughout the U.S. including Baltimore and Philadelphia, according to research from the University of Maryland.

The state of Maryland isn’t tracking Native Americans in its COVID-19 cases and deaths data.

Without adequate data collection, said Kerry Lessard, executive director of Native American LifeLines in Baltimore, that the scope of COVID-19’s effect on the city’s Indigenous population is unknown and proper funding to address the issue won’t be allocated.

“If we are to understand the health status of the Native community and to make sure that interventions and funding are being what they need to be, you have to report on us,” Lessard said. “But more than that, it is figuratively and literally saying you don’t count—we’re not counting you, you don’t count.”

Rosie Bowen, a Baltimore resident, said she learned how to hustle from her Lumbee paternal grandparents — a skill she would need during the coronavirus pandemic. Her paternal grandparents were sharecroppers in Salisbury, North Carolina, where Bowen said they made little money. Other ventures like yard sales, sewing and crocheting helped financially support them.

When Bowen had to close her bakery for indoor dining and pickup, on March 19, 2020, delivering packages for Amazon helped support her family.

Bowen’s bakery, Rose’s Bakery, was started by her parents in 1975. She took over the business in 2002, but her father still stops by to check in on the shop.

To keep the bakery afloat, Bowen adapted by creating and selling her goods at an outdoor market and curbside pickup. The bakery did not open inside until June 2020. Despite having financial difficulties during the pandemic, Bowen said she did not want to apply for any loans or assistance.

“I got no federal dollars, got no local dollars because I just felt like there could be other people that was in a worse situation than me that needed it more than I did,” Bowen said. “Because I was determined to figure it out myself.”

The Lumbee Tribe has been trying to get federal recognition since 1888,when the U.S. government was establishing treaties with tribes. Most of the 574 federally recognized tribes received federal recognition through such treaties, a congressional act, presidential executive order or court decision, according to the Bureau of Indian Affairs.

The Lumbee Tribe has not received federal recognition for several reasons. The size of the Lumbee Tribe, Wilkins said, would divert federal funding to them, giving other tribes fewer funds. Tribes have questioned the tribal identity of the Lumbee people and claimed the Lumbee lack ties to a “historic tribe.” A federal study was commissioned in 1914 to assess the Lumbees’ identity.

Some tribes, like the Eastern Band of the Cherokee Indians in North Carolina and the Mississippi Band of the Choctaw Indians have opposed federal recognition of the Lumbee Tribe and have lobbied Congress not to pass a bipartisan bill making its way through Congress.

The most recent federal recognition attempt happened during the pandemic, when the Lumbee Recognition Act was reintroduced in the House and Senate in April 2021 after a vote failed in the Senate in 2020. There has been no action on the bill since late April.