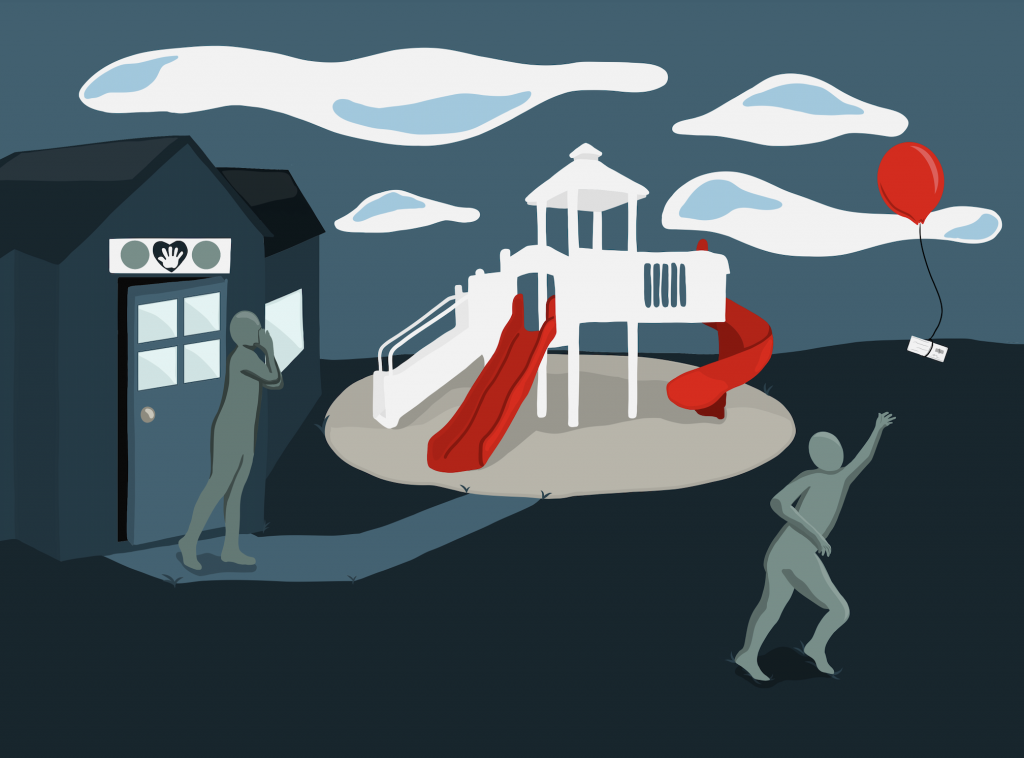 In June the Wisconsin Department of Children and Families denied COVID-19 grants to 305 child care centers — grants with a potential maximum of $40,000 per center, according to the department.

Typically, the program denies around five to 60 centers, making the latest round of grants a significant outlier. The Child Care Counts: COVID-19 Response and Relief Payment program, a program through the federal Coronavirus Response and Relief Supplemental Appropriations Act of 2021, has awarded three grants since its inception, totaling nearly $236 million to Wisconsin child care providers.

Two of the denied providers blamed the newly implemented fingerprint-based background check as the reason they were not given the grant money. They expressed frustration with the program’s complex eligibility requirements and lack of transparency on application decisions.

“It was a nightmare,” said Laura Klingelhoets, director of both Stepping Stones Children’s Center in both Belgium and Cedar Grove, Wisconsin. “I don’t know what other word to use. I mean we have been very blessed and have gotten all of the other grants that they have been giving out. However, this last round, we did not get because they said that one of our staff did not have a fingerprint.”

Klingelhoets said the staff member went to get fingerprinted, but when she looked at the portal that holds the records, it said she never got the fingerprint.

However, Klingelhoets said it was impossible to prove that the staff member went because their car was totaled while they were driving home from a family emergency and as a result, the staff member lost all of her personal belongings: her wallet, credit cards, money, computers and legal documents.

“Here I am calling her saying, ‘Are you sure you went? Can you send me any proof that you went?’ And she couldn’t get into anything,” Klingelhoets said.

Klingelhoets said that she believes there was a glitch in the portal system and reached out to DCF to see if it was possible to appeal. Initially, DCF responded that there was no way for Klingelhoets to still obtain the money.

“What was bothering me was that it was money I couldn’t give to our staff, a bonus for them,” Klingelhoets said.

Before 2019, child care providers were required to have a simpler background check, but that was changed under the Child Care Development Block Grant to require a fingerprint background check.

“This change was made to increase safety within child care programs,” said Gina Paige, deputy communications director for the department.

Most of Wisconsin’s 4,533 preschools and child development centers applied for the June grant, she said. The state distributed $47.2 million in grants to 258,015 centers.

Paige said DCF in 2018 started making child care representatives aware they would need to comply with fingerprint rules by Sept. 30, 2020. The pandemic delayed that requirement until June 1 of this year, which was before the third and most recent round of the Child Care payments.

However, Paige said DCF is reviewing denied applications for clerical errors and expects that review to be completed by the end of August.

Paige said that DCF does understand that system errors can occur and it has “encouraged providers to contact the department with questions about the program or their application decision.”

Brooke Skidmore, director of The Growing Tree in New Glarus, Wisconsin, was denied the grant because a teacher’s background check was sent to the wrong department.

The grants, depending on the type, set certain restrictions for the funds. Those include operating expenses, curriculum improvements, professional development and staff recruitment, such as raises or bonuses. Funds can’t be used to pay volunteers or household members who are not on staff.

Skidmore already gave her staff raises, but will have to make up the grant money that never came in by increasing tuition.

“Families are already burdened, but I did the raises,” Skidmore said. “I was counting on the funds that were supposed to come through and I had no idea that DCF would, they would take something like this and do that.”

Tricia Peterson, owner of Future All Star’s Academy in Juneau, Wisconsin, said the department also has had trouble administering a stipend program. Peterson said she has sent suggestions to DCF that could make a system that handles 22,000 child-care workers easier to manage.

“I feel bad because the department does help us in certain ways but it’s like this money becomes so evil to people, you know?” Peterson said.  That’s a lot of people to figure out and keep up to date with.”