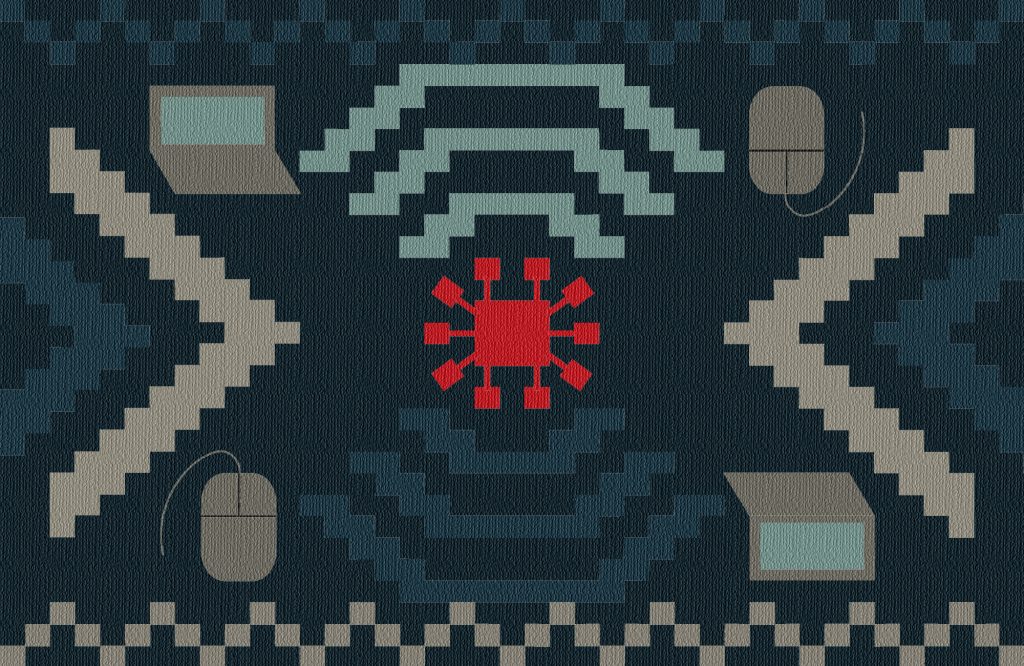 The Shawnee language is in danger of becoming extinct, but the COVID-19 pandemic and resulting switch to remote education gave it a second chance at life, tribal leaders say.

Years ago the Shawnee Indian Tribe, based in Oklahoma, created a 10-year education plan to preserve the language. In 2020 – billed as the “Year of the Shawnee Language”  – it appeared the pandemic might derail the program.

Instead, Joel Barnes, director of the Shawnee Language Program, reluctantly decided to take the program online.

“We started just doing some virtual classes, just some lessons that I had made up then,” Barnes said. “That’s when I came to realize: This is going to work.”

Virtual learning allowed educators to expand the reach of the language while increasing class sizes and learning opportunities. According to UNESCO, there remain about 100 Shawnee language speakers in the world.

Shawnee Chief Ben Barnes in January called a state of emergency in January 2020, saying that if the tribe didn’t preserve its language it could mean “losing the voices of our grandparents forever… we cannot wait to act until there is a better time, more favorable conditions.”

Two elders in the tribe died of COVID-19 this past year, Joel Barnes said. Another died at 99 years old of natural causes. The pandemic prompted a sense of urgency to teach younger generations of the Shawnee Tribe its language and culture before it was too late.

Joel Barnes, the chief’s brother, enlisted the help of Shawnee educators like Jessica Somerville-Braun.  As an associate professor of education studies, she helped craft the curriculum for the language classes.

“With this setup, you get a chance to practice the vocabulary, the pronunciation and also the meaning,” Somerville-Braun said.

She said this gives students more practice with the pronunciation of words and makes learning the language less intimidating.

The switch to virtual language classes helped educators like Somerville-Braun reach tribe members across the country.

Somerville-Braun, whose grandmother was the last of her family to live in Oklahoma, said remote learning expanded the reach of the program.

“It’s an opportunity to connect much more closely and to learn language and culture and be part of this community in a way that wasn’t possible before these online classes started,” Somerville-Braun said.

No longer limited by proximity to a classroom, Shawnee members from California, Virginia and elsewhere logged on to online language classes.

In-person classes used to have 10-12 students per class. But with the addition of online classes, 15-20 students show up in each class and more watch recordings on the Shawnee Language Program Facebook page, which has over 700 followers.

But these classes represented more than learning phonetics and piecing them together.

Raina Heaton, an assistant professor of Native American studies at the University of Oklahoma, said preserving Indigenous languages is a form of sovereignty.

Due to colonization and the cultural genocide of many Native Americans, the Shawnee are one of the few tribes that still have tribal ceremonies, according to Barnes.

“A lot of tribes don’t have a cultural connection. They may have their language but they don’t have anything culturally to tie it to,” he said.

Barnes explained in a January 2020 announcement why the program would be continued online:  “We cannot wait to act until there is a better time, more favorable conditions.”

The “Shawnee Language is in extremis, or to say it simply, it is in danger of being lost forever,” Chief Ben Barnes said in a January news release. “We must act now if we are to preserve the ancestral inheritance that binds all Shawnee people together.”

The Shawnee language became endangered because U.S. government officials forced Indigenous children into boarding schools across the country and tried to anesthetize their culture.

The Heard Museum in Phoenix exposes some of the boarding school history in Arizona, where an institution on what is now Indian School Road was opened in 1891. An overhead light shines on a mint-green barber’s chair where Native American children sat to have their hair cut by school administrators. Words on the wall behind it tell the story of children who lost their hair, their clothes — and their identities.

Somerville-Braun, who lives in New York, said being a part of the education of new Shawnee speakers has helped her feel more connected to her culture, even though she is thousands of miles from Oklahoma.

“It was something that — because of my family’s history where we’ve been disconnected for so long  — wasn’t something that I ever really sought out or felt like I could do or should do,” Somerville-Braun said.

“I felt like this invitation helped me to understand the reason I’m disconnected is because of the forces of colonization and assimilation. And, if I wanted to be connected, I could push back against that history and those forces.”