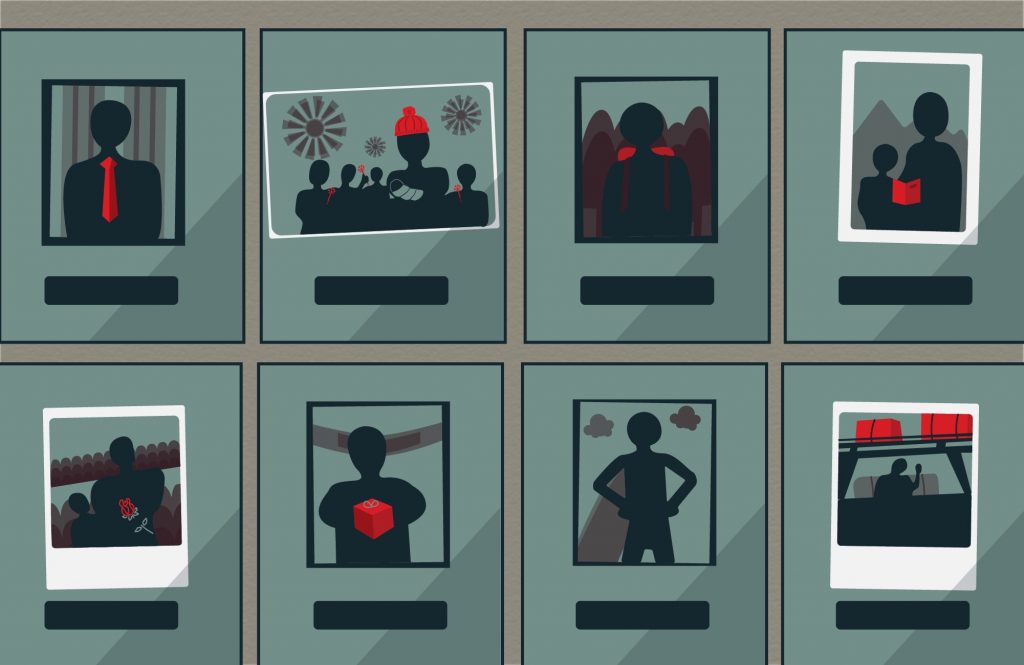 Albuquerque, New Mexico – The photos of 69 men line the walls of the Good Shepherd Center, commemorating those who have died, many of overdoses.

They are among the dozens of men who have completed the Fresh Start Substance Abuse Recovery Program since it launched. Men at least 18 years old receive addiction treatment and mental health counseling in a six-month program.

Juanita Baca had been Fresh Start’s clinical director and only mental health counselor for about six months.

Clients who were allowed up to four hours of freedom every day – at least after they successfully completed six weeks of counseling – now had to stay inside the gated shelter premises.

It turned out they would be locked down for nearly a year. Some men embraced the stricter conditions, while others chafed.

“One thing about being an addict-alcoholic is, change is difficult,” said Dave Spitz, a three-time graduate of Fresh Start, which offers a place to stay, meals and a job to help run the shelter as part of the recovery program. “And it’s also a new realm. We got to do things new. We got to do things we don’t want to do – temperatures and washing our hands all the time and not touching each other or hugging.”

All the basics of a program that helped people to reach sobriety, like the daily, physical contact, in-person counseling, getting their questions answered quickly, was upended, Baca said.

Close day-to-day interactions in the cafeteria, group counseling sessions, and leisure activities, like watching a television show together, went away. Baca said staff strictly enforced social distancing and mask-wearing, which some clients had trouble following.

“The sudden change of them not being able to go out into the community meant…there were restless men out there who would need to talk to somebody on the fly, so to speak,” she said. “As I was on my way to check my mailbox, for instance, I would get stopped.”

Typically, the men only have one individual counseling appointment per week.

Spitz, who mentors the other men, agreed that although the lockdown came with many challenges, he felt safe with all of the precautions staff took to protect the men living there.

“I didn’t have any worries like if I’d lost my job. We had to concentrate on our sobriety,” he said.

Some of the men complained about wearing masks but those who refused to do so couldn’t stay in the Fresh Start program. Later, as the weeks went by, Baca said they complained of being bored, seeing the same faces every day, and the constant routine of social distancing.

Baca and other staff routinely reminded them the strict lockdown was for their safety, especially after a COVID-19 outbreak in December 2020 spread to 18 men in the dormitory.

Louis Packer, 52, spent the last year at Good Shepherd, maintaining his sobriety from alcohol and manning the shelter’s front desk. He previously completed the program in 2015. Packer is at the shelter indefinitely until he can figure out stable housing.

Packer is among eight to ten men who completed the program during quarantine but still remain there to save money. He described the counseling as outstanding.

“That’s the big focus here – getting us back to being productive members of society. It’s just a real difficult time to do that with COVID,” he said.

Baca said the lockdown did have one advantage: It has helped the men to stay sober. The nearest grocery store is only three blocks away, and once a client is off initial restrictions, he can go there to buy snacks. At the store, however, he may be triggered by the alcohol displays and be tempted to leave the program. She said she has often heard the trigger complaint in group counseling sessions.

“The restriction from COVID helped them to not be in touch with so much of that, and it was good for them to not be triggered as often,” Baca said. “So now that the restrictions are off, I’m getting more and more of the statements from them that they have to battle their triggers much more.”

As New Mexico’s population nears 56% fully vaccinated, the Good Shepherd Center recently lifted most restrictions and the men have their freedom again. The number of men in the Fresh Start program has risen from 11 to 20 in recent weeks, and many of the center’s full services are set to resume by August.

Packer and Spitz are looking forward to continuing their journeys in higher education and working more closely with men on their journeys to sobriety without the social distancing needed.

“When I’m doing well, I’m doing really well, and I think that it’s important to share and pass that along,” Packer said.