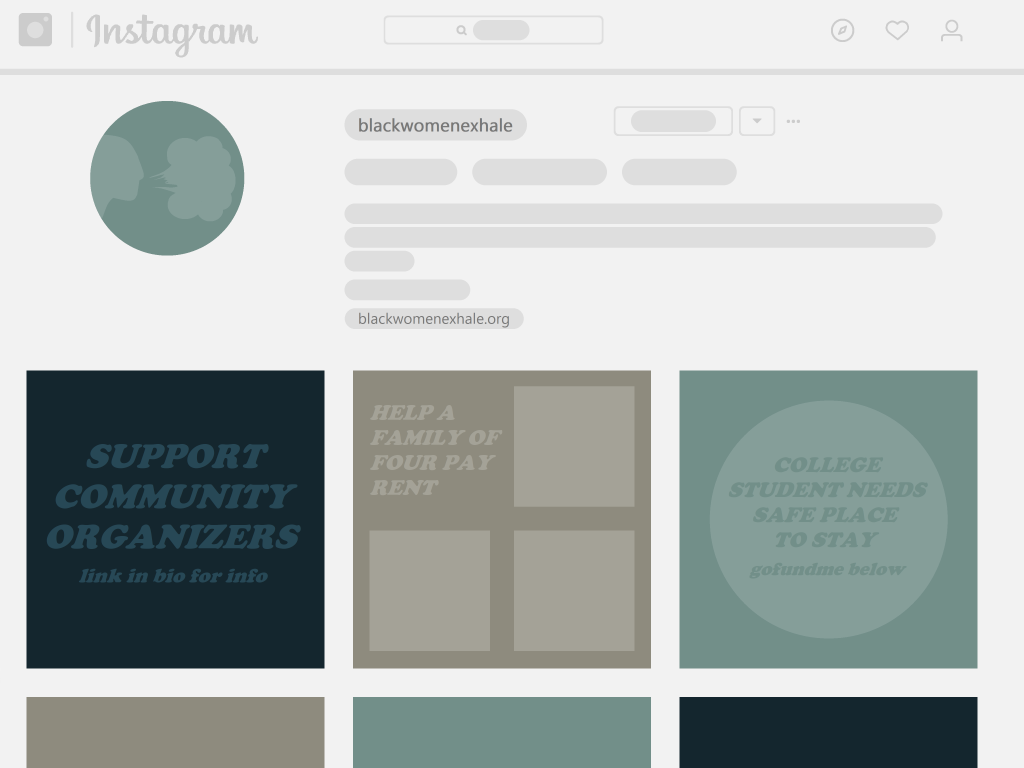 Last summer’s duelling crises — COVID-19 and the racial reckoning spurred by the killing of George Floyd — activated Cat Robinson’s life. Those global events sparked her to pick up her phone, log onto Instagram and raise funds for Black women in need.

“I was trying to get Black women and fems money,” Robinson said. “They keep killing us. What the hell? Can we at least get some money?”

“It’s exciting, but it’s also I wish this wasn’t even a need,” Robinson said. “I wish it wasn’t something that I had to do in the first place.”

Philanthropy, or “private action for the public good” as defined by the IUPUI’s Lilly Family School of Philanthropy, has traditionally centered around big donors and lavish black-tie events. But technology, especially social media, has democratized efforts. Now all anyone needs to raise money is a phone and an internet connection.

Call them the new fundraisers: Robinson is among a new brand of organizers who fundraise online through social media and platforms like GoFundMe. In addition to raising and redistributing funds through Venmo, Robinson also “boosts” other individuals’ campaigns by reposting them on her feed.

The movement fills a niche. About $150 billion has been distributed to businesses and families through special COVID-19 relief funding through the federal CARES Act. But many people are at the same intersection as Robinson is trying to help: Black, young, queer and others who fall through the cracks of government support.

“I’ve been told by numerous people that, ‘Oh, you’re doing more than the government is for these communities’,” Robinson said. “And, like, I’m a 21-year-old kid. That’s not fair.”

Digital philanthropy offers a growing way to create civil change, according to the Lilly School.

The Lilly School has tracked online crowdfunding campaigns since 2017, the year Hurricanes Irma, Harvey and Maria hit, as well as wildfires in California and earthquakes in Mexico. There were about 61,000 campaigns in response to those natural disasters, according to its study. In 2020, when the pandemic emerged, there were more than 300,000 campaigns related to COVID-19 or coronavirus on GoFundMe.

“When you look at the dollars that were raised, both in terms of the numbers, also the number of donors that were involved, those campaigns actually raised more than other similar events that have happened in the past,” Professor Una Osili, a researcher on the study, said.

Social media creates a new level of visibility and accessibility for such campaigns. And COVID-19, with its quarantines and social isolation, magnified not only people’s level of need, but also their need to connect.

Robinson, who runs an account with her boyfriend Anthony Rutella, has been able to raise mostly small donations, less than $50, from many people.

That means she is constantly working to get more donations, especially as shutdown orders have mostly ended.

“It’s a particular brand of young white person that follows me – it’s sort of like the money that they would use for partying on the weekends is what they’re donating,” Robinson said. That’s “as opposed to older people, who have money set aside for philanthropy and things of that nature.”

The largest known crowdfunding campaign during COVID was the Centers for Disease Control Foundation on Charidy.com. The “Crush COVID” campaign has raised over $51 million as of February 2021. Funds go to vaccine research and distribution.

For some new activists, in-person protests led to online action. Yasmine Anderson, 21, was among the thousands of college students who were sent home during the pandemic.

No one had ever invited Anderson to a protest until last summer. But after she went to her first demonstration for George Floyd in Indianapolis, she and a few friends decided to plan their own.

“I felt like an entirely new person with a new purpose and with just a new outlook on life,” Anderson said.

She described last summer as a “social media concentrated revolution.” Anderson suspects their protests gained attention through social media platforms like Snapchat, as well as bystanders who saw them on the streets.

The second protest the group organized at the Indiana State House broke a record for the largest sit-in in Indianapolis. They named themselves Black Women in Charge and started an Instagram page to continue their social justice advocacy online.

Now, they are working to transfer their digital and in-person followers into dollars. They are crowdfunding to support a grocery prescription program that offers funds to Indianapolis residents living in food deserts. So far they have raised $740, helping 37 families.

Across the country, similar collectives have emerged out of common, social justice struggles.

The account @newwxrldnetwork run by Giselle Lopez in San Diego, Calif. has amassed 10.9K followers since it launched last summer. The account emphasizes the idea to “redistribute your wealth” in bold, capital black letters, boosting GoFundMe’s and other digital crowdfunding campaigns primarily for “Black trans and queer folks and single mothers” in need.

While some people, like Robinson, pool and redistribute resources, others campaign for themselves. Yahaira Tarr, 21, known on Instagram as @yahairatarr, is one of 44 million U.S. borrowers with student loan debt. She wants to finish college debt-free so she launched a GoFundMe campaign in May.

“Instead of focusing so much on Black people’s pockets and capacities to work and make money, everyone needs to be focusing on the obstacles that infringe on our equal opportunity,“ Tarr said.

Tarr views GoFundMe as an investment in herself. She plans to continue her campaign indefinitely, to let the funds build up over years.

Fundraising on digital platforms is unregulated compared to traditional philanthropic organizations. Longstanding charities like the Red Cross or relatively new ones like the Equal Justice Initiative have to qualify as 501(c)s, nonprofits that qualify for federal tax exemptions as long as they meet specific standards. GoFundMe has been criticized in the media, by consumer organizations and by users.

Robinson said someone’s level of need, whether it’s $50 for groceries or a costly medical emergency, doesn’t matter as much as the fact that there is a need. She reposts requests for funds with no questions asked, despite the risk of fraud.

“I grew up eating food from the food bank and our lights would get turned off,” Robinson said of her upbringing in Pittsburgh. “I understand what it’s like to be so strapped for cash that someone even giving you $25 could mean you could eat for the next two weeks.”