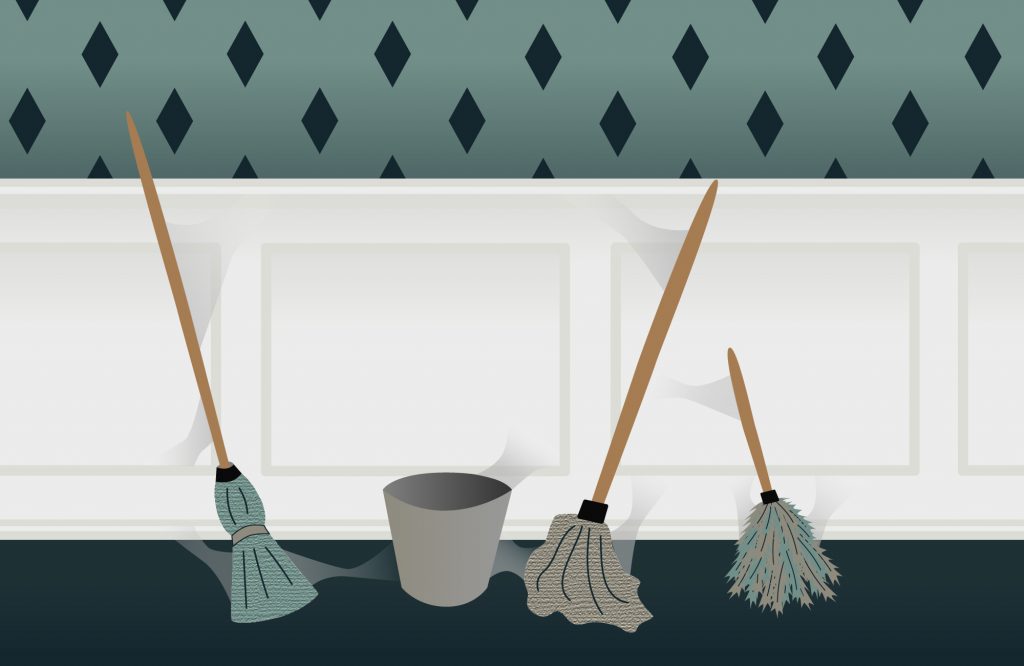 When the pandemic began, domestic workers suffered massive job losses that still continue to have an impact. Making up more than 2 million workers in the U.S., these house cleaners, home care aids and nannies typically have lower wages and fewer work protections than other professions.

Weekly COVID-19 impact surveys by the National Domestic Workers Alliance found, of the respondents, 93% had lost their jobs by mid-March.

Six months into these surveys, the workers were still struggling significantly more than pre-pandemic. There were four times more unemployed workers than before COVID-19, and many were working fewer jobs and fewer hours.

The surveys received responses from more than 20,000 Spanish-speaking domestic workers who answered a set of questions from March to September 2020.

According to the alliance, more than 90% of domestic workers are women, and many are also immigrants and people of color — all groups that disproportionately felt the damaging effects of the pandemic.

Maria, who asked for only her first name to be used, is a residential housekeeper in Houston, Texas, where she has lived for 17 years after moving from Mexico City. Maria had worked as a nurse before coming to the U.S. and had hoped to continue her studies in nursing once settling in Houston, but her limited English skills and the cost of classes deterred her.

“My mind said: work or study? My family or my dream?” she said.

Prior to COVID-19, Maria had worked for a family as a housekeeper. Shortly before the pandemic began, the family told her they no longer needed her.

The National Domestic Workers Alliance surveys found that by mid-April 2020, nearly 75% of the workers surveyed whose jobs were canceled did not receive any compensation.

Domestic workers were a vulnerable workforce before the pandemic, with close to half falling on or double the poverty line in 2018. They also tend to lack access to steady full-time work, typically do not receive benefits and are mostly left out of federal labor and employment protections, according to the Economic Policy Institute.

Residential house cleaners make up around 15% of the domestic workforce, with the majority of those being Hispanic workers, according to the institute. In 2018, nearly 55% of house cleaners were struggling to make ends meet — landing on or below double the poverty line.

Once the pandemic began, Maria was left looking for work at a time when many other housekeepers were being let go due to COVID-19 risks.

“You want to work, but nobody give(s) you the opportunity,” she said. “Nobody wants … help for cleaning the houses. Nobody.”

COVID-19 brought on the first recession to initially impact women harder than men — leading to massive job loss and women leaving the workforce due to more caregiving responsibilities at home — though there were still disparities within this group.

“We’ve seen that Black and Hispanic and Asian women have experienced much higher unemployment rates than white women” due to the pandemic, said Diana Boesch, a policy analyst for the Women’s Initiative at the Center for American Progress.

“And still to this day, they have not recovered those unemployment rates,” she added, referring to early June 2021.

Maria and her family were able to get by on her husband’s income, but it wasn’t enough to prevent significant financial strain. She worried they may lose their house after not being able to pay their mortgage for several months.

The family was able to get two months of rent assistance from the nonprofit Society of St. Vincent de Paul. During her time living in Houston, Maria had never sought out financial help.

“It’s my first time … the first time for help, especially with the money,” she said. “It is embarrassing for me.”

Eventually, Maria did find work with the help of Christian Community Service Center, another nonprofit in Houston, which provides employment and job training, as well as assistance with basic needs.

“I can pay my debts finally,” she said. “I can breathe again.”

Stefanie Lopez, the program director for employment programs at the center, said they saw many of their graduates struggle during the pandemic.

“One of the big challenges … our students face was that so many people canceled housekeeping jobs,” she said. “The vast majority of our graduates lost income, especially at the beginning of COVID.”

In the early days of COVID-19, CCSC sent a survey to their students and found, of those that responded, around 80% had lost jobs. This was compounded by many of the graduates’ spouses and partners also working in industries that were heavily impacted by the pandemic, such as food and customer service, Lopez added.

When case numbers started to level out around June 2020, Lopez said they saw many graduates starting to find work again — but it was temporary.

“A week or two later they would get a call back and say, ‘You know, I’m sorry … the numbers are going up. We don’t feel comfortable having a housekeeper in our home,’” she said. “It kind of ebbed and flowed with the COVID numbers.”

The Martha’s Way program had to find a quick way to adapt and moved to a completely virtual model. Though it is hard to compare in-person to virtual, there was a significant dip in class size during the pandemic and CCSC saw the number of their participants cut in half.

Things are starting to improve for the Martha’s Way graduates as more people are requesting housekeepers and graduates are starting to get jobs again, said Lopez. The program has seen the average monthly income of graduates rise significantly since the decline brought on by COVID-19.

Maria said she is grateful for the help she received from her family, friends and the social service organizations who provided her with assistance at a critical time.

“My experience with that help was recovery,” she said. “This was a hard time … for everywhere, everyone … The situation for each person is different. But we can survive.”