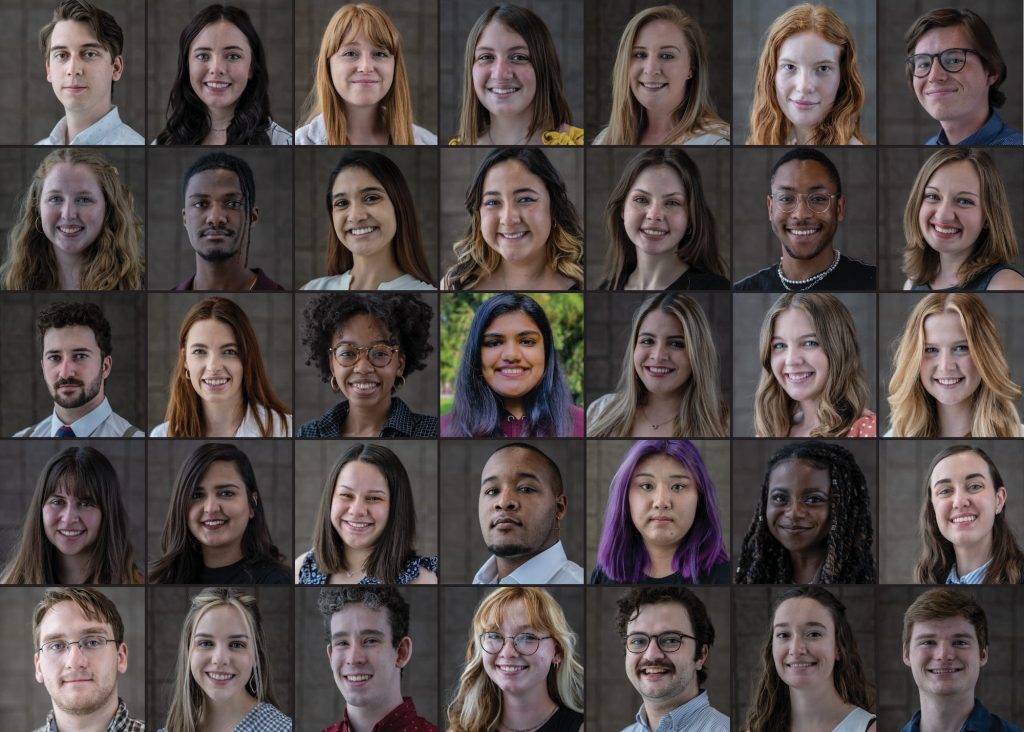 Thirty-five top journalism students from 17 universities are conducting a major investigation this summer into the lingering impact of the pandemic as part of the Carnegie-Knight News21 multimedia reporting initiative at Arizona State University.

For the project “Unmasking America,” the team of student journalists are investigating disparities in policies and practices that intensified under COVID and may persist. They will travel to rural and urban America, to dozens of cities and communities, to report on people who are used to struggling and those who are new to loss. They will explore who has unequal access to health care, to education, to housing and to food.

The project will explore financial, social and mental distress– whether the pandemic has pushed people who are poor to become even poorer, whether people wobbling on the edge tumbled over, and whether those who were used to thriving now scramble to survive.

The stories will be published as a multimedia project online and shared with industry publishing partners across the country. Previous investigations have been published by major news organizations, including The Washington Post, NBC News, the Center for Public Integrity and USA Today, as well as many nonprofit news websites.

“I think it’s important to shine a light on the issues in America that we’ve become numb to” and were exacerbated by COVID-19, News21 fellow Amudalat Ajasa said. “We’re revealing the flaws in the country at a point where it’s become, in some cases, dire.”

The student journalists in the “Unmasking America” project will also report on stories of resilience, of action, of help and of pushback during the pandemic, its aftermath and the future. Their reporting journey this summer moves in tandem to a hoped-for recovery and will adapt as the outbreak continues to alter the nation’s landscape.

Headquartered at ASU’s Walter Cronkite School of Journalism and Mass Communication, News21 was established in 2005 by the Carnegie Corporation of New York and the John S. and James L. Knight Foundation to demonstrate that college journalism students can produce innovative, in-depth multimedia projects on a national scale.

The initiative is led by Jacquee Petchel, a Pulitzer Prize-winning journalist and a professor of practice at the Cronkite School.

“What we’re trying to do is put more of a light on all the people who have fallen through the cracks as a result of COVID,” Petchel said. “There probably hasn’t been a family anywhere who hasn’t been affected somehow, but some people have a better ability to recover. With this project, we’re looking at what happens to the people who don’t have that safety net, whoever they are.”

Fellows are selected for the highly competitive, paid summer fellowships based on nominations submitted by journalism deans and directors from across the country as well as how they perform in a spring seminar at the Cronkite School, during which they prepare by deeply immersing themselves in the topic.

“There’s this new upsurge and an opportunity to gather data and research and heightened awareness for these issues that have been around for a while but came more during the pandemic,” Paule said.

The last three News21 projects, “Hate in America” in 2018, “State of Emergency” in 2019, and “Kids Imprisoned” in 2020, won the prestigious Robert F. Kennedy Award in the college journalism category. The award honors outstanding reporting on issues that reflect Kennedy’s passions, including human rights, social justice and the power of individual action in the U.S. and around the world. “State of Emergency” also won the top Investigative Reporters and Editors award for student journalists.

Other award-winning journalists are helping to oversee the 2021 project: Assistant Editor Venita Hawthorne James, a former executive with The Arizona Republic and a Cronkite professor of practice who oversees social justice coverage in Cronkite News; Multimedia & Design Editor Alex Lancial, a News21 alum who owns the visual storytelling agency Huckleberry Studios; and Photo & Multimedia Editor Juan Arredondo, the Buffett Foundation Visiting Professor of Visual Journalism at Cronkite and a documentary photographer and filmmaker who focuses on social inequality and human rights issues.

The John S. and James L. Knight Foundation provides core support for the News21 program. Individual fellows are supported by their universities as well as a variety of foundations, news organizations and philanthropists that include The Arizona Republic, Donald W. Reynolds Foundation, Ethics and Excellence in Journalism Foundation, Knight Foundation, Murray Endowment, Diane Laney Fitzpatrick, Myrta J. Pulliam and John and Patty Williams.